Is Moving to Encinitas, CA Right for You? A 2022 Guide

If you’re considering moving to Encinitas, you’ve come to the right place. Encinitas is a thriving city on the West Coast, perfectly situated to get amazing weather, and home to some of the most beautiful beaches in America. Read on to learn everything you need to know about Encinitas, from the cost of living, to Encinitas neighborhoods, and of course, all the fun things to do in Encinitas.

3 Things to Know About Living in Encinitas The People Are Active

Encinitas residents love to get out and exercise! In the early morning, you’ll see plenty of cyclists on the 101. The numerous beaches provide a paradise for runner, swimmers, and, of course, surfers! Basically, if you’re going to live in Encinitas, be ready to have some seriously fit neighbors. When its time to make any relocation call a reputable San Diego moving service today.

The City is Young

Yes, there are young people in it, but Encinitas itself was only incorporated in 1986. Residents saw other beachfront communities being absorbed into larger cities, and feared losing their sense of self, and their bustling downtown. Encinitas residents wanted to preserve the character of their city, and even created a Main Street program to keep the downtown area alive and thriving.

Just 25 miles north of San Diego and 95 miles south of Los Angeles, Encinitas provides the perfect midway point for families who want to enjoy coastal living, without the noise of the larger cities. There’s plenty of business, beaches, dining, and home options, but you don’t have to deal with the celebrities and high cost of living in LA, or the constant tourism traffic in San Diego.

How many people live in Encinitas? The answer is 62,160 people. The median age of the Encinitas population is 42, and the largest age brackets are made up of kids from 5-17, and adults aged 25-34. While 60% of people living in Encinitas are married, only 44% of residents here are part of families with kids under 18.

In addition to being well-educated, Encinitas is a largely secular city. Although a quarter of the population of Encinitas identifies as Catholic, 56.6% of the Encinitas population follow no religion at all. By the numbers, that’s almost 1.8 million people living in Encinitas who are non-religious.

As we mentioned, people living in Encinitas are generally very well educated, and their focus on education begins early. There are a total of 63 schools in Encinitas, including 12 public district schools and 51 private institutions. La Costa Canyon High School and San Dieguito High Academy, the two main public schools in Encinitas, are highly rated, and earned a 9/10 from GreatSchools.org.
Encinitas Jobs The median household income in Encinitas is $100,698 per year. The low unemployment rate in Encinitas is just 2.3%. And jobs here are not only abundant– they’re growing! Between 2015 and 2016, Encinitas gained 1.55% more jobs. The most common occupations in Encinitas are management, sales, and business and finance positions. Professional services is the largest industry in Encinitas, followed by manufacturing and retail trade. The wide range of opportunities here means that no matter what kind of work you’re seeking, you’ll likely be able to find a great job in Encinitas.

Cost of Living in Encinitas

The City of Encinitas is definitely an affluent area, so the cost of living in Encinitas is relatively high. There are over 23,000 households in Encinitas, with a median property value of $820,400. Not only is that more than four times greater than the national median, it’s also almost double the median property value in California. Of course, with $800K being the median, you can find homes for cheaper, but if you budget is below $500K, you might want to look at other places to live in California.

With expensive houses comes high property taxes. People living in Encinitas can expect to pay upwards of $3,000 per year in property taxes. Now, if you choose to rent, you won’t have any taxes, but you might be paying around $1,800 per month for a one bedroom apartment, not including utilities. To put that in perspective, the national median rent asked is only about half that, at $949 per month.

The cost of living in Encinitas is also high in other areas. Transportation in Encinitas costs bout 23% more than the national average. This is mostly due to gas prices that are nearly 30% higher than in other parts of the US. Remember, most families living in Encinitas own 2 cars, and the average commute time is over 20 minutes, so between gas and vehicle upkeep costs, the price of transportation can go up quickly. Healthcare, groceries and utilities all also cost more than the national average, though they are pretty comparable to the rest of California.

The city of Encinitas can be broken down into 5 main neighborhoods, each of which has a plethora of housing communities and home types. Each has its own style and community of residents, so you’ll want to learn about all the Encinitas neighborhoods before choosing one: Sitting in the middle of California, Encinitas enjoys some of the best weather in the country. The average temperature in Encinitas typically ranges from 49 to 77 degrees, and rarely goes below 44 degrees or above 84 degrees. Even during winter months, the temperature is often in the 60’s, so your summer wardrobe might be able to be worn year-round if you decide to move to Encinitas. It also never gets too hot, because Encinitas is north enough to be spared from the oppressive heat of SoCal, and it’s coastal location means the city gets cooled off by the ocean breeze.

Things to do in Encinitas

Looking for the best things to do in Encinitas? With fantastic dining, shopping and attractions for the whole family, this city will never disappoint. If you’re around in April, you’ll get to catch the annual Encinitas April Street Fair, which features local vendors, tons of food, and kid-friendly activities in Encinitas.

Other local events include the Encinitas Fall Festival, featuring holiday shopping from over 400 vendors and 200 local stores, ad Classic Car Nights, where you can see vintage hot-rods all around town on the third Thursday of each month. And of course, you’re always just a few minutes away from the beach when you live in Encinitas!

We hope we’ve convince you to come join the amazing community in Encinitas, CA. However, if you have more questions about what it’s like to live here, or about the moving process, give us a call at (858) 230-8281! We’ll be happy to answer any questions, and help get you started with a free Encinitas moving quote. 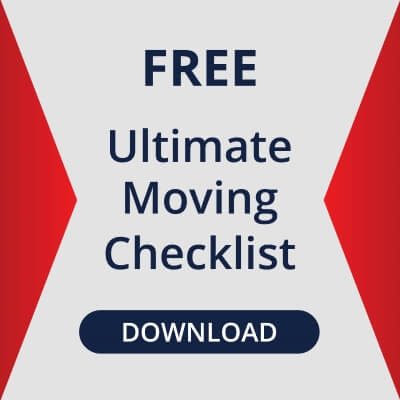